A Review of Desert X

My Way Into & Through 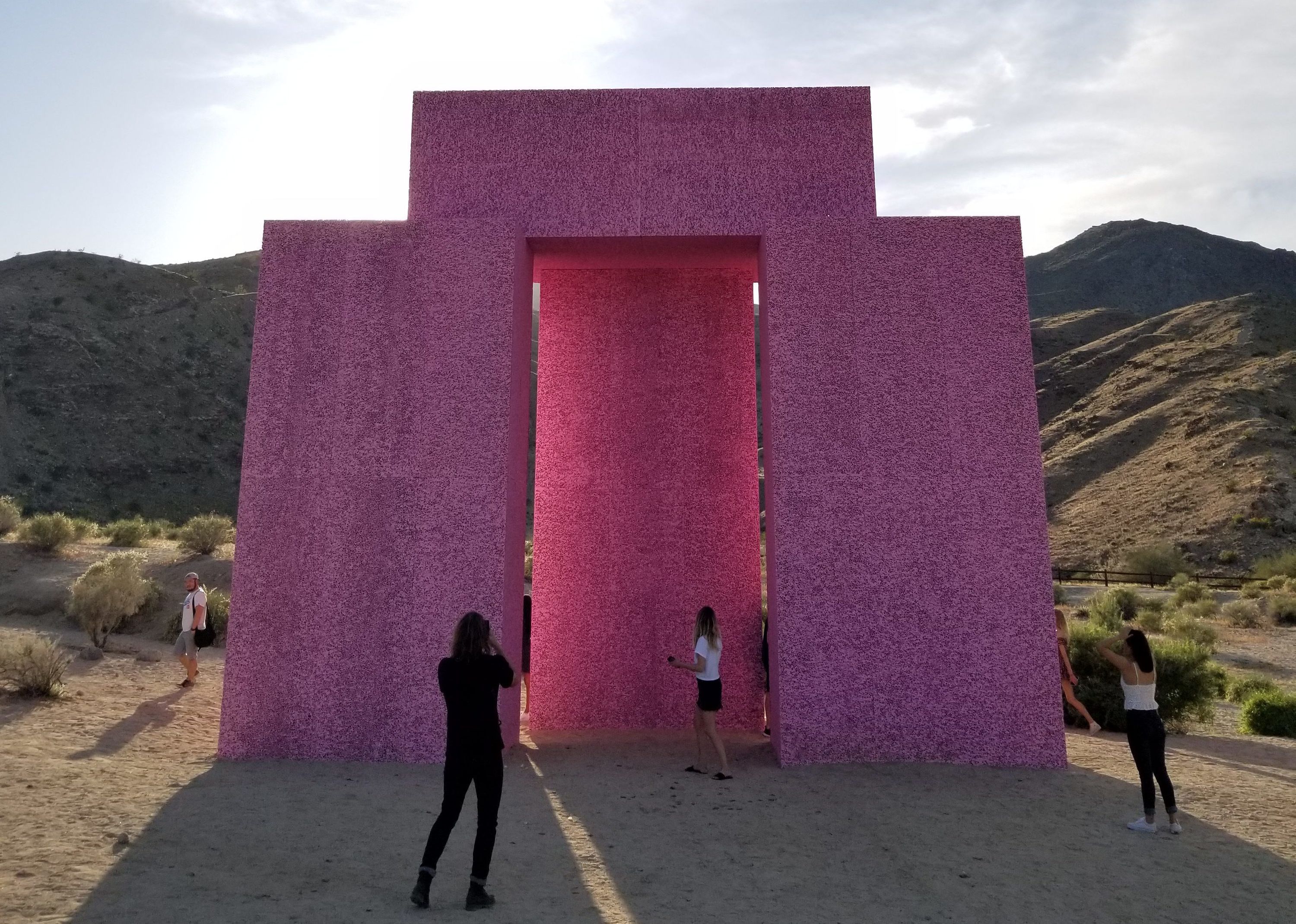 Let’s begin here; attending Desert X was a phenomenal daytrip and the most ambitious artist’s date I’ve ever taken.

If you’re unfamiliar, Desert X is an art event where the nonprofit Desert Biennial sponsors and funds the creation and scattering of dozens of creative works, paintings, installations, sculptures, performances, films etc. to be displayed throughout the California desert; its reach extends hundreds of miles (from Coachella to the Salton Sea to Tijuana) and several months.

I should also mention, that there is no ‘one way’ to do the sprawling art odyssey that is Desert X; it is the least cohesive (though still event bound) experience of its kind I’ve ever had.

So let me tell you about my way in and through.

I set aside my Saturday to drive up and explore. I purposefully knew as very little as I could going in. I downloaded the google map locations of the pieces (designated by a blue pin and the name of the artist and nothing else) and just drove (or rarely walked) from point to point. 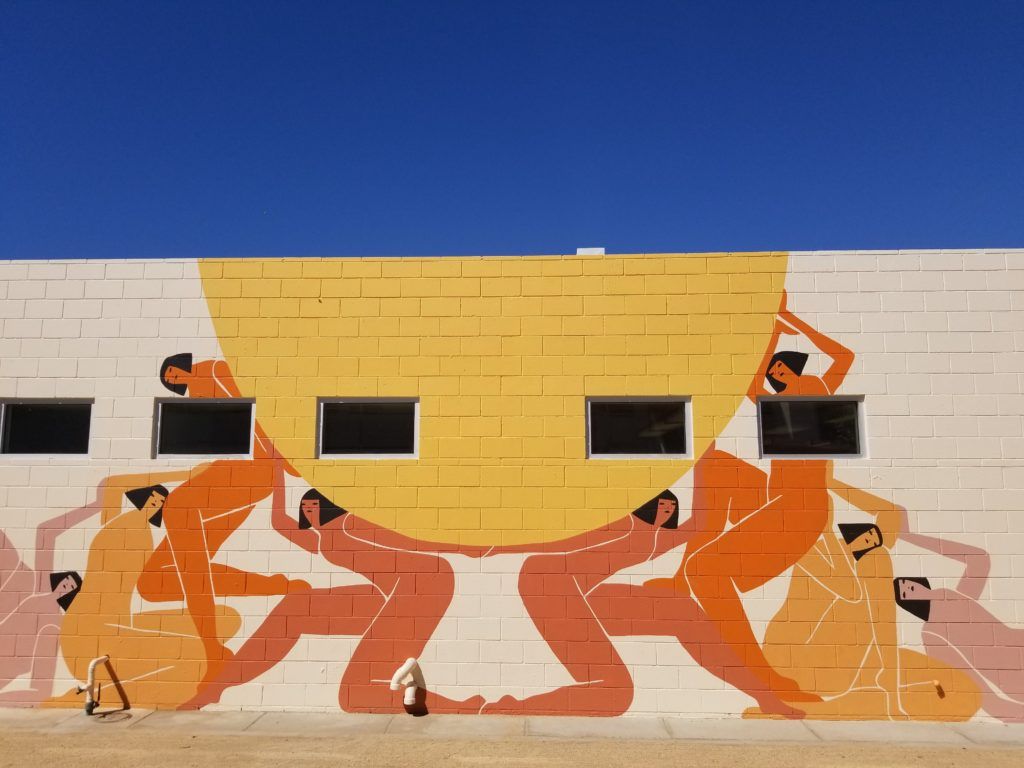 My most readily available comparison point is to Burning Man, another sprawling art happening that colonizes a different desert. On a facile (and useful if mostly incorrect way) level, Desert X can be thought of as almost a middle point between something like Burning Man and a publicly available gallery show, perhaps tilted further towards the latter. OR perhaps the better way to think of it as a gallery show that has been stretched and thinned over leagues and leagues of blooming desert.

Imagining the sands-wildlife-people, as a giant art space was well chosen to present and contextualize the work. At the point I explored, everything was in bloom and I’d never seen the area so awake-alive. Butterflies surged over the highways (my guilt at the unlucky two that smeared my windshield quickly assuaged by the thousands of the things crossing my path), birdsong filled the canyons and everywhere pools of flowers soaked up the sun. For me, road closures and lingering washout detours I had to contend with trying to get from place to place were absolutely part of the experience.

I loved that the event was free and open to the public, with room for people to discover and experience even if they were unfamiliar with what was happening. 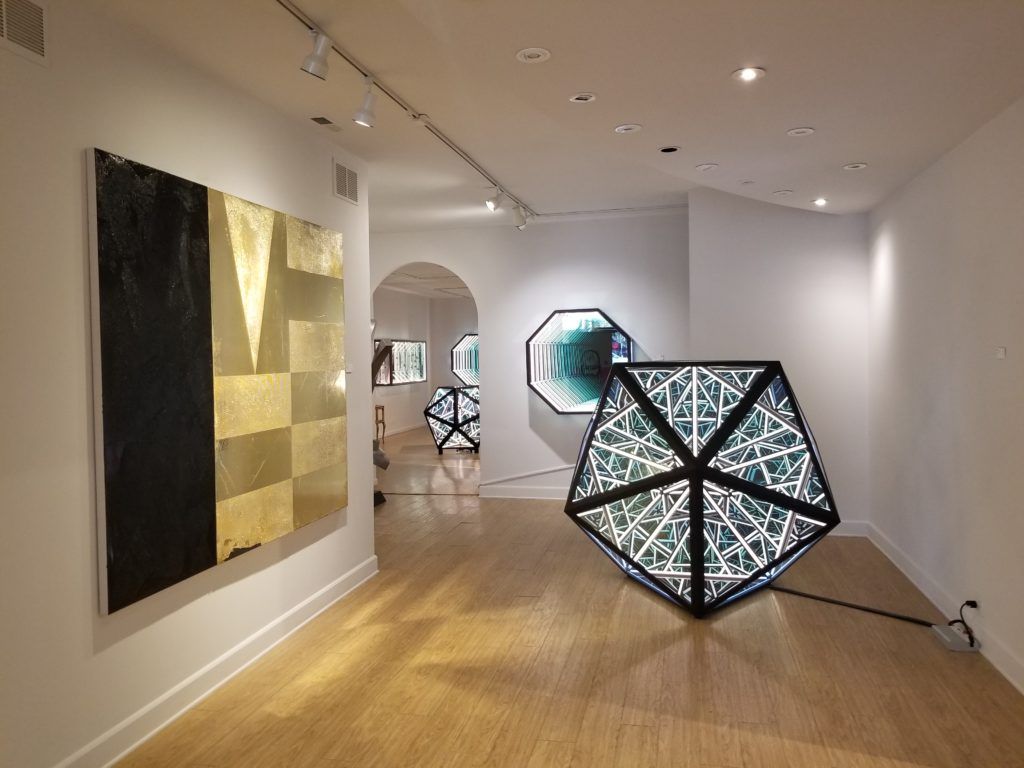 Going in blind(ish) had some disadvantages. Navigating by location pin and artist name alone led to some missteps: I needed an AR app for one location (but didn’t know how to get it) and some pieces were time & ticket specific. But it also led to the serendipity I was looking for, like the experience of shuddering down a washboard road to discover a petroglyph scrawl of mural where I could ring the painting while chatting with strangers, or the laughter upon running into my second instance of wormhole and realizing with a start that I had seen the ‘art’ of an earlier location.

For me, the other thing I didn’t experience (but somewhat didn’t miss this particular) was coherence and community (which are things I had at Burning Man). My choices influenced this I’m sure and others might have had a different experience as most explored in groups and the organization makes it possible for gathering and shared experience at the designated ‘hubs.’ Popping in at the first ‘hub’ of the Ace Hotel, I saw dozens of people I’m sure were adventuring together, sunning themselves and swimming and happily grousing with cocktails. If I had made time for the scheduled events (the film screenings, the ticketed tours of the sonic installation) I probably would have run into denser knots of attendees & been able to interact more on that level. As it was, there was a whole spectrum of socialities; things I saw and explored alone, installations ringed by dozens all exploring, but I was glad of the solitude… the sense this was for me at my pace without the need for group consensus. 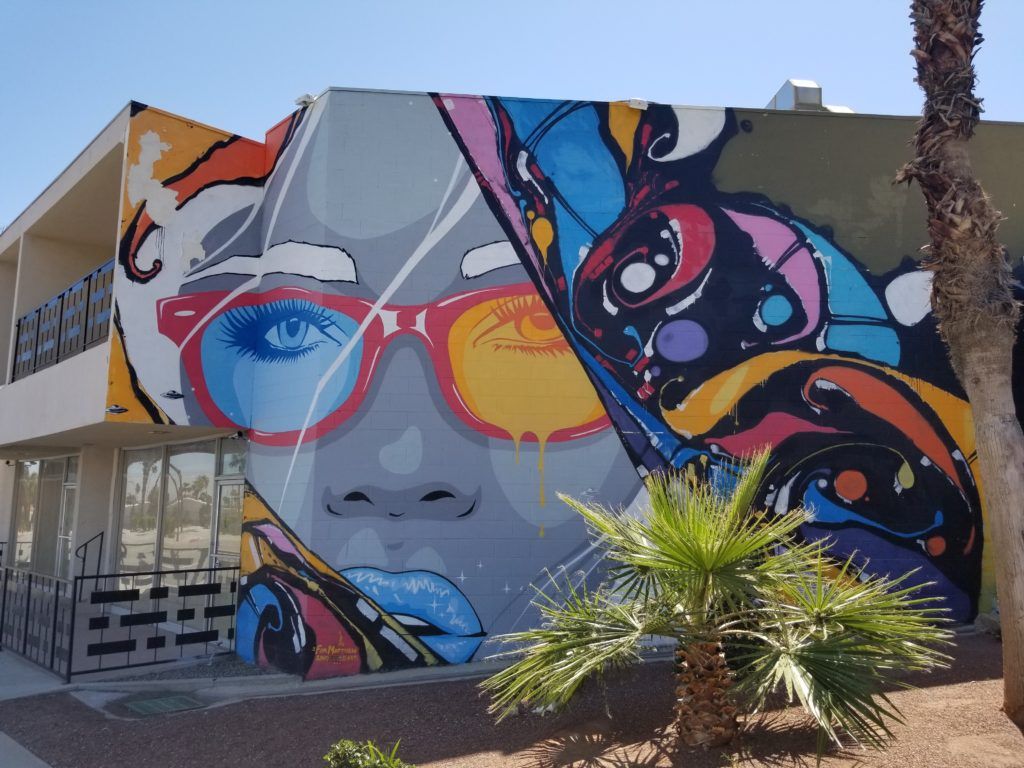 The experience lends itself to selfies & social media and that was a huge way that attendees throughout the scenic desert played and clowned (myself included). And the whole affair was almost certainly tilted and perhaps even aimed at the catering to the desires of 20 to early 30 crowd that needs something to shovel into the endlessly hungry maw of their feed (much in the same way that Instagram expectations drive restaurant design nowadays). I expect paths through the thing ranged from allowing local kids to see world class art to providing a slight patina of weird to gloss over a regular consumptive tour of Palm Springs luxury. But overall, I saw diversity; of age, of family status (dogs and kids) and more.

A huge part of Desert X however is how you string together the outposts of ‘official’ art. Finding moments of beauty and serendipity, admiring the natural environment and people, chatting with your companions (though I mostly skipped that) are all fine ideas. As for me, I got through several CDs worth of the Odyssey audiobook as I adventured, alternating the narrative with Queens of the Stone age which seemed apt, though given that my drives varied from 4 to 20 minutes I think a book of poetry might have been more appropriate.

All told, I spent 7 hours zooming around the desert, saw maybe 30% of the pieces available to me. I also encountered friendly people, art, and experience that weren’t ‘part’ of Desert X, though they still happened due to moving through the world in a stance of low expectations exploration. Adventuring in this way helped me notice (and even stop to explore) more art & experiences along the way, seeing things in Palm Springs that I’d only ever driven by before - oblivious. And in that respect, Desert X was -for me- a massive success as it helped transform the entirety of the desert and communities it touched into play spaces, into wonder spaces where hidden treasures and mysteries were waiting to be found. 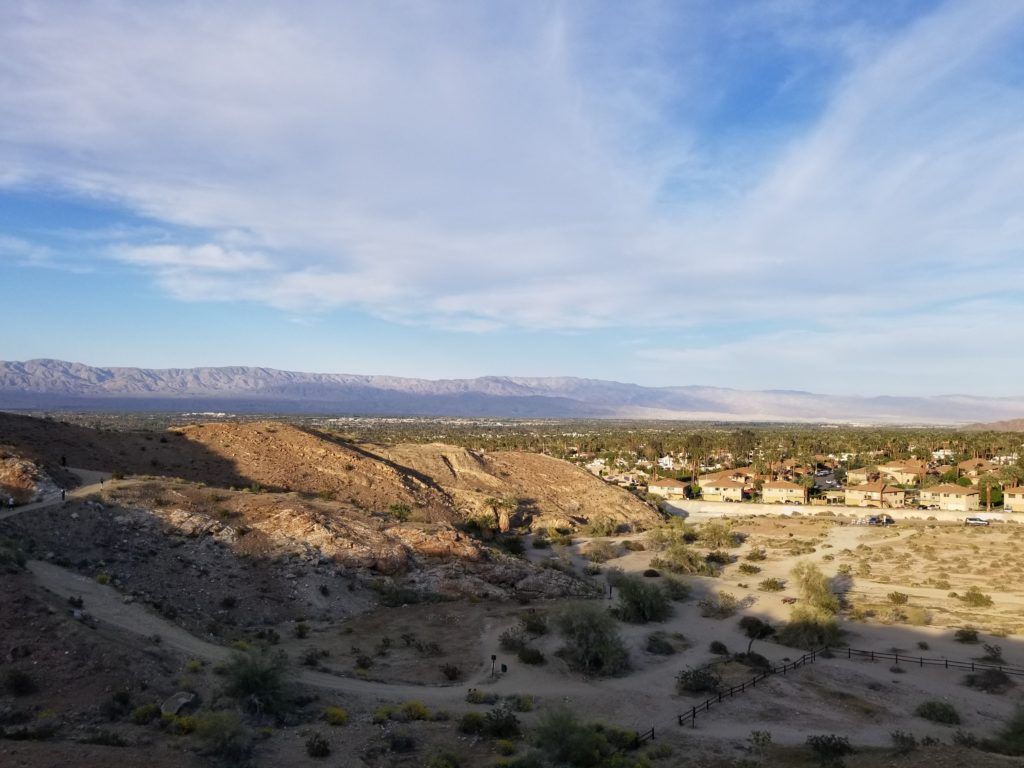 Up next Fatherhood - 4 and a Half Years In It is an extreme pleasure to start this essay, as I been able to start all these fatherhood essays, that my Composing a Life On an episode of one of my favorite podcasts ‘On Being’ I heard the guest speak about ‘composing a life.’ I appreciated this metaphor; so often it’s
Latest posts 2022. 2022. Seven Rounds In the Absence Earth Day The Numinous, Trauma, and What Comes After En Memento Mori: Life in the Perma-Covid Field Exercise Ignoring the Overlay The Taste of Soured Causality The River Canyon Crashing Fatherhood – 6 Years Soul Retrieval Lead to Gold Burning Man 2019 - Going it Alone On the Limits of Relationships La Jolla Fog Composing a Life A Review of Desert X Fatherhood - 4 and a Half Years In Scare-People & False Signifiers Pilgrimage to the Center: Burning Man 2018 ScreenWorld Fatherhood: Three Years In Scare-People Salt Lick Pokémon Go and the Invitation to Play An Invitation to the Burner Scene Fatherhood 22 Months In 3 Things I Learned Wearing “Women’s” Pants